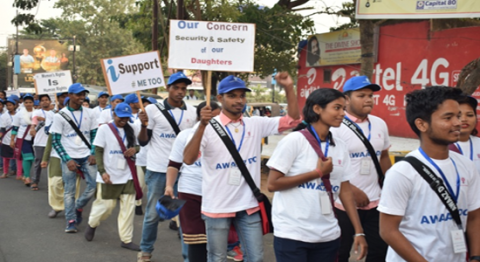 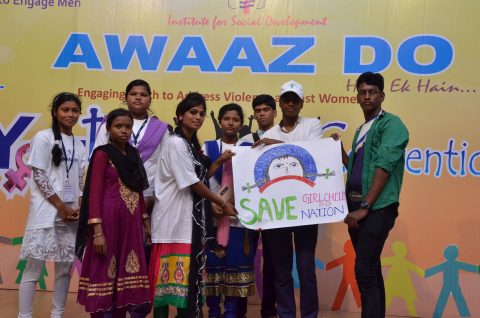 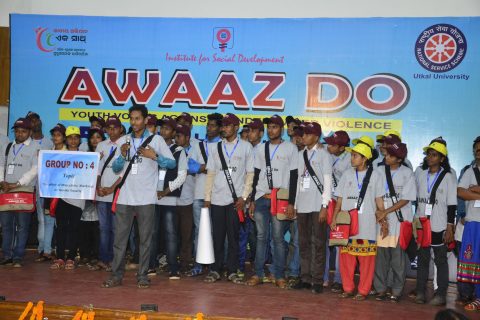 AWAAZ DO– meaning “Speak Up”, is a campaign to address violence against women (VAW) in the eastern state of Odisha in India. It was launched in 2013 in the state capital Bhubaneswar by the Institute for Social Development (ISD) with support from Oxfam India. It targets youth in 11 districts of Odisha, namely: Sambalpur, Anugul, Dhenkanal, Kandhamal, Kalahandi, Cuttack, Khorda, Puri, Rayagada, Ganjam and Gajapati . The campaign has facilitated the engagement of youth in the annual global observance of the 16 Days of Activism to stop all forms of VAW, and has supported other initiatives to raise awareness on gender issues and eliminate VAW in the state through the training and engagement of youth ‘Change Makers’. It has made college campuses safer, increased attendance of girl students, brought about healthy interaction among male and female students and students involved in the campaign are breaking down gender stereotypes and restrictions in family and community too resulting in several positive changes. The campaign has created a pool of young change makers at the local level who stand together to mobilize their communities towards gender equality and provide support in dealing with instances of VAW.

Issues discussed during the campaign